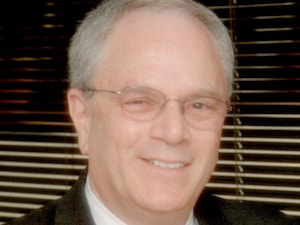 Steven M. Silverberg, one of the founders of the firm, continues as Of Counsel to Silverberg Zalantis LLC. He has extensive experience in representing developers and municipalities in land use, zoning and environmental law matters, including litigation and appeals in the New York State and Federal Courts. Starting his career as an assistant district attorney and then working as a town attorney, providing counsel in such diverse areas as land use, zoning, contracts, construction, telecommunications and employment law, prepared him for the services he has provided to businesses, municipalities and individuals. In addition to the approval process for residential and commercial development, he has negotiated complex development agreements and counseled clients in the financing of commercial projects.

Steve has served as counsel to several corporations providing services ranging from corporate organization and shareholders agreements to employment litigation. He has also counseled clients through all stages of construction projects including drafting of construction contracts, as well as litigation and arbitration of construction claims.

Steve will be teaching a Commercial Leasing Real Estate course, as an Adjunct Professor of Law, at the Pace University Elizabeth Haub School of Law, in 2021 and is a former Adjunct Associate Professor of Law at New York Law School, where he taught state and local government law. He is author of "Subdivisions and Site Plan Review", a chapter in Warren's Weed New York Real Property Law (Matthew Bender, 1990), co-author of the book Wetlands and Coastal Zone Regulation and Compliance (John Wiley & Sons, 1993) and a chapter in American Jurisprudence Proof of Facts 3d, Vol. 31, "Zoning Proof of Inverse Condemnation From Excessive Land Use Regulation" (Lawyers Cooperative Publishing, 1995). He also continues to periodically contribute articles to various publications on subjects such as condemnation and RLUIPA and serves as a member of the Board of Editors of the New York Real Estate Law Reporter®.

Since 2010 Steve has been named to Metro New York Super Lawyers and has also received the highest possible attorney rating by the Martindale Hubbell and Avvo lawyer directories.

Some of the reported cases he has either briefed or argued include:

In addition, he previously served as chair of the Environmental Law Committee of the Westchester County Bar Association from 1998 to 2005, as a member of the Board of Directors of the Westchester Municipal Planning Federation from 2001 to 2008, a member of the Board of Directors and Second Vice President of the Rockland Municipal Planning Federation from 2018 to 2020, Chair of the planning board of the Village of Piermont from 2008 thru 2009, Trustee on the Piermont Village Board from 2010 thru 2011 and 2013 thru 2015, Chair of the Education Board of the American Bar Association Law Practice Division from 2009 to 2010 and as a member of its governing Council from (2009 to 2012).

Steve is a graduate of Brooklyn College and the N.Y.U. School of Law.